Judge hears Cap and Trade and sides with CARB…

Pacific Legal Foundation filed the lawsuit on behalf of businesses and trade associations. 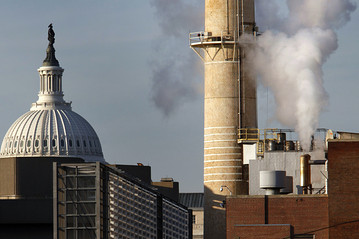 It says the carbon auction is a tax on businesses and because the auction program never received a two-thirds majority vote in the legislature, it’s unconstitutional.

“The billions of dollars that are being generated by the state, estimates of upwards to $70 billion, but there is no regulatory purpose for that money,” says AttorneyTed Hadzi-Antich with PLF.

But Dave Clegern with the Air Resources Board says the auction does not create an unconstitutional tax.

He says the agency doesn’t set the price of carbon allowances like a tax would, and allowances can be traded. “These proceeds are not directed the way that tax proceeds generally are,” says Clegern. “All of those things set this out of the category of a tax as far as we’re concerned.”

The judge has 90 days to decide whether to make his tentative ruling permanent.
-Amy Quinton
Captital Public Radio